My oldest daughter is turning 7 years old, so we had her birthday party this past weekend. This year she had her heart set on a Harry Potter themed party and how could I say no? The only problem was that the party stores don't really sell HP themed party supplies so I had to be very creative.
The first thing we did was make the invitations which were their acceptance letters to Hogwarts. 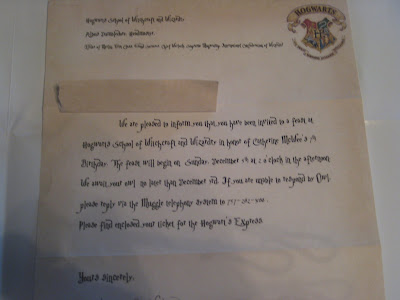 ( I covered up the child's name for the picture)
They also got their ticket for the Hogwart's Express: 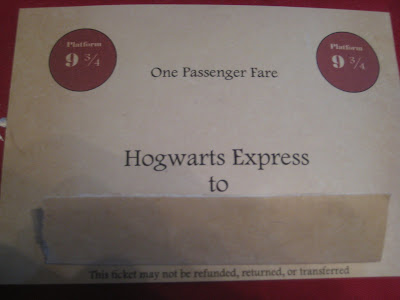 (I covered our address for the picture)
The envelopes were even sealed with the red wax seal with the Hogwarts crest on it.

We kept the decorations simple outside with just a Hogwarts Sign: 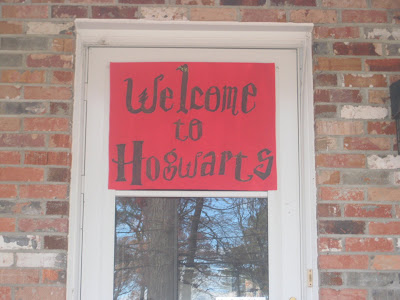 Train Tracks on our front sidewalk: 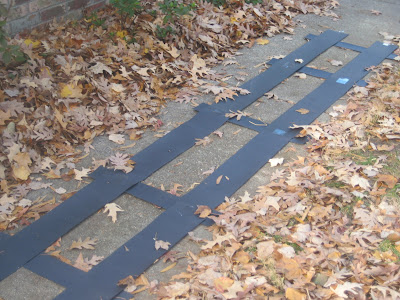 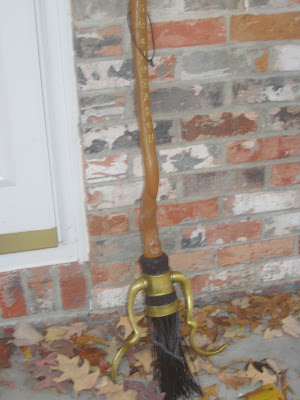 I had a couple friends dress up. One was dressed as Mrs. Weasley, one as Professor Snape, and I was Professor McGonagall.


We based the party mostly on the first book- "The Sorcerer's Stone". I set up 4 classes for the kids to take:
The first class was Defense Against the Dark Arts. For this the kids played freeze dance and whenever my husband ( who was playing Prof. Quirrell for this game) said "Stupify!" the kids had to stop.

The second class was Potions with Professor Snape. My best friend's husband played the part of Snape for us and did a fabulous job! I had a table set up with a large plastic cauldron. In it I placed a pitcher of white vinegar, plastic cups, baking soda, and 4 vials of food coloring. The kids got to make "Good Luck Potion" by adding vinegar to their baking soda and food coloring mix.


Care of Magical Creatures was third. Since it is so close to Christmas we decided to incorporate a Christmas project by making reindeer food. I had bags labeled with a poem found online: 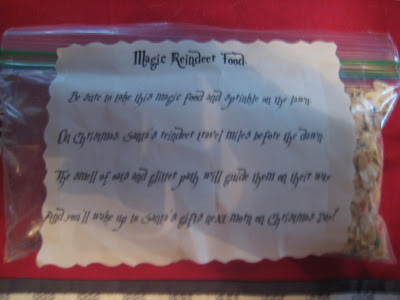 Then the kids filled their bags with dry rolled oats and sugar cookie sprinkles. Some recipes say to use glitter, but the birds eat the glitter and it makes them sick. The sugar sprinkles are much safer. The kids had a great time with this project.

The last class was Herbology. I found small plant kits at Lowe's for the kids to plant. We had Edelweiss, Spruce, and Allysum. 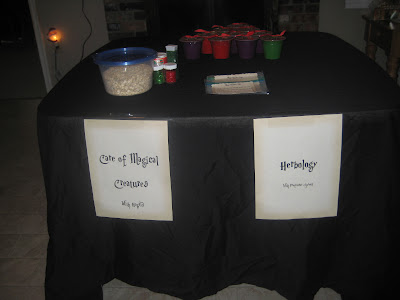 After all the classes were completed we had the Feast in The Great Hall. ( here's where we get to the food)
We set up our main living room to look like the Great Hall and decorated with Gryffindor Colors (since my daughter was dressed as Hermione) My husband set up 2 small disco balls to make the ceiling look enchanted. I even found crackers in Gryffindor colors! 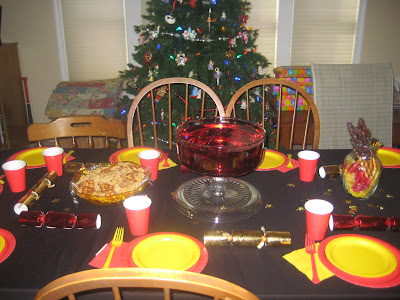 Since it was mostly 5-10 year olds I didn't have a lot of food- just snacks. We had:
Dragon Wings: Straight out of a bag breaded chicken wings. These were specifically requested by the Birthday Girl. ( they were Dairy Free too!)

Dragon's Blood Punch:
Equal parts apple juice, cranberry juice, and ginger ale. I started by adding each in 2 cups at a time until my punch bowl was full. It was really yummy!

Muggle Mix:
Your basic Chex mix recipe that can be found on the box of Chex cereal- nothing fancy for this. ( Kids don't do fancy, they do simple)

Magic Wands:
Long Pretzel Rods
1 bag semi-sweet chocolate chips
different color sugar sprinkles
Line a baking sheet with wax paper
Melt the chocolate chips in the microwave- took about 2 minutes. I do it in 30 second intervals and stir often to keep them from burning.
Spread the melted chocolate on the top 1/3 of the pretzels. I used a small spatula and it worked great.
Lay on the lined baking sheet and sprinkle with sugar crystals.
Place in refridgerator overnight to harden the chocolate.
These were a hit! I even made extras just for the adults at the party. 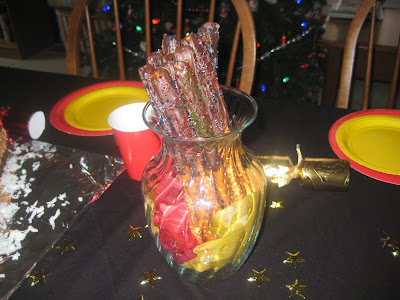 I baked her castle shaped cake, but I had a friend decorate it since I don't start my cake decorating class until tomorrow:-). She did an amazing job!

It was just a basic chocolate cake with chocolate frosting, buttercream frosting, chocolate chips, butterscotch chips, and a little coconut. Of course we added re-lighting candles to it for a little "magic" of our own! 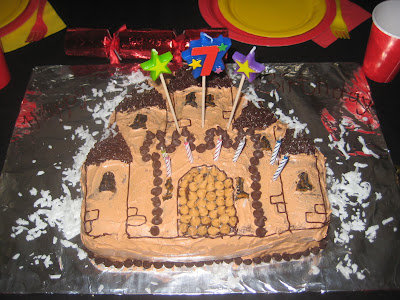 The last thing was the goody bags. 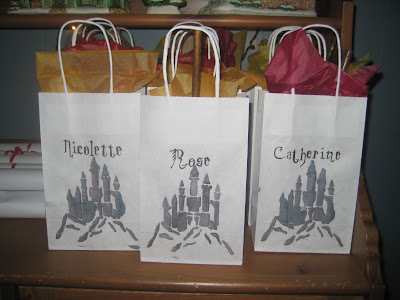 I made all the kids magic wands of their own by cutting long wooden rods into 8 inch segments and spray painting them brown. Then I added some lines of gold paint to the tips.
I made 2 small treat bags to put in the larger bags. One was from
Weasley's Wizarding Wheezes and in it I put a finger trap and a kaleidescope. 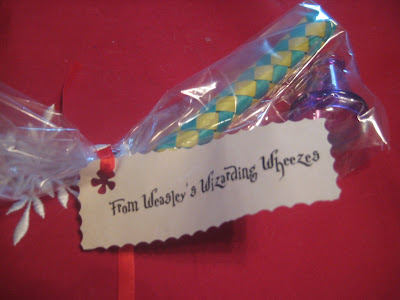 The other was a sweets bag from Honeydukes with candy and a chocolate brownie shaped like a frog (was hoping to make chocolate frogs in candy form but was unable to find a frog shaped candy mold, so I had to settle with cutting brownies into frog shapes) 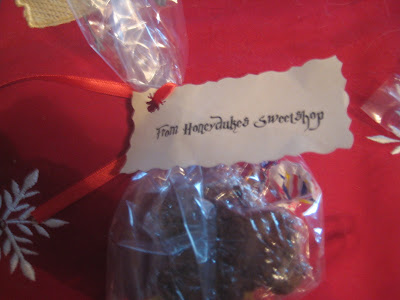 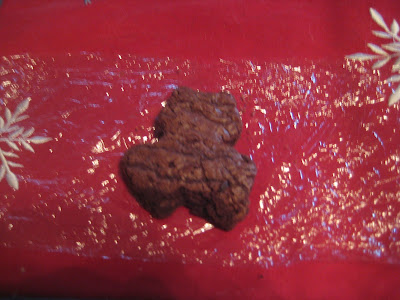 The party was a success and I did have a lot of help to pull it off. Now my younger daughter is already planning her party for the spring!
Posted by Steph at 10:00 AM